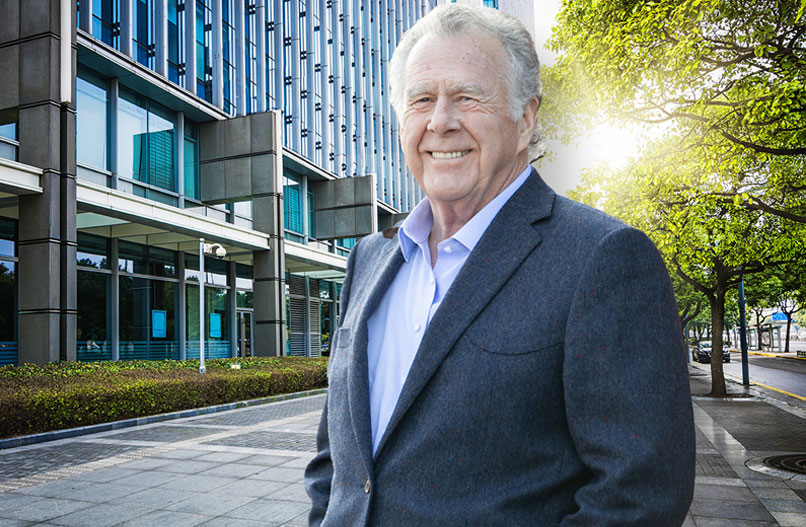 As President and CEO of Post Harvest Technologies, Jim White saw the opportunity — and is seizing it.

This article is contributed by Chris Casacchia, California Business Journal.

The biggest impact of the Tax Cuts and Jobs Act, which Congress passed in 2017, is reduced income rates for corporations, yet the 185-page bill also includes a lesser-known provision to revitalize areas of urban blight and rural neglect.

Six months after the act was approved, the U.S. Treasury and Internal Revenue Service defined and certified some 8,800 Qualified Opportunity Zones across the nation, all communities stricken with high poverty rates, unemployment, failing infrastructure, and population decline. Many suffer from drugs and crime.

“Six months after the act was approved, the U.S. Treasury and Internal Revenue Service defined and certified some 8,800 Qualified Opportunity Zones across the nation.”

For three years, Dr. Jim White has been eyeing the development of one of these census tracts located in Monterey County: a 28-acre site in Salinas, less than 20 miles from White’s Monterey home.

The agricultural region, which abuts some of the priciest real estate on California’s Central Coast, brings to mind many of the landscapes depicted in John Steinbeck novels. Its valley, known as the Salad Bowl of the World, is an epicenter for growing leafy greens, wine grapes and berries.

Salinas, like many mid-sized cities throughout the state that have relied on legacy economic drivers, is struggling to adapt to the changing times, despite its proximity to San Jose in the heart of Silicon Valley. Its unemployment rate rose to nearly 12% in March and the poverty rate was above 17% before the coronavirus surfaced and upended the global economy.

White, meanwhile, is bridging the old (agriculture) with the new (technology).

“Finding projects that are ready to go is somewhat of a challenge.”

“I saw an opportunity,” says White, President and CEO of Scottsdale, Ariz.-based Post Harvest Technologies (PHT). He oversees several strategic companies aligned to tackle the challenge of bringing crops to market – most notably by removing heat from produce once it is picked and before it is shipped across the globe. The process, known as pre-cooling, extends the shelf life and increases the quality of vegetables and fruits by preventing the growth of microbes that cause decay.

White also is Chairman and CEO of Growers Ice Co., established in 1936 and based at the Salinas site. It handles the pre-cooling and manages large cold storage facilities, while Growers Custom Equipment in Yuma, Ariz., which is owned by PHT, makes pre-cooling equipment for the agricultural industry. Then there’s Central Coast Cooling, also owned by PHT; it’s the largest tenant and the service provider to many major brands for pre-cooling, logistics, and cold storage warehousing of vegetables that already have been cooled. 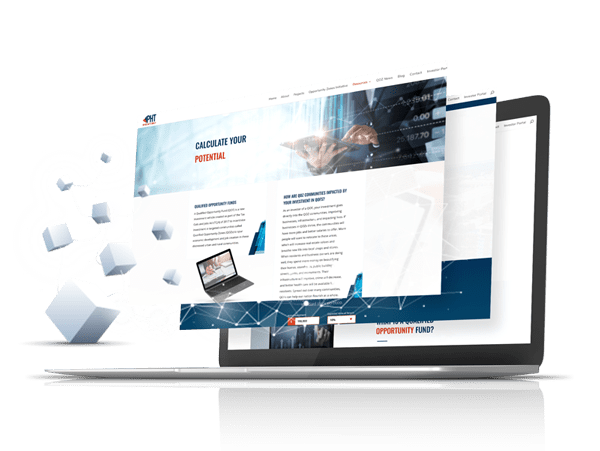 The single asset fund, established to reap benefits of the Tax Act, must invest in Qualified Opportunity Zones, typically through real estate development, though it can also be deployed to acquire, launch or capitalize businesses within a QOZ.

These opportunity funds carry significant benefits for financiers, if they roll capital gains into them within 180 days. Benefits include deferring gains until 2027; reducing gains by 10% if interest in a qualified opportunity fund is held for five years; eliminating additional capital gains tax if investment is held for 10 years; and generating income from earnings.

Opportunity funds must invest in a QOZ within 31 months of receiving investment, a significant hurdle, according to White, who has overcome plenty of them in life. In round one of the capital raise he expects to raise $50 million by the end of the fourth quarter 2020 and the balance, totaling $250 million, by June 2021, with a portion earmarked for potential vertical acquisitions.

“Finding projects that are ready to go is somewhat of a challenge,” he says. “I could have closed on the fund two years ago but I didn’t have any place to put the money. It wasn’t ready.”

Now that the development is ready to proceed, new concerns have emerged in the age of COVID-19, particularly permitting and project approvals.

White puts into practice values he admires in the Founding Fathers, of integrity and ethical behavior. He enacted new safety and health protocols for workers at the Salinas campus in mid-February, about a month before the outbreak of coronavirus hit the U.S. In early March, before Congress approved the first Cares Act, he launched a COVID-19 sick leave policy: employees who fell ill with the virus would be granted an additional 80 hours of personal time off. Employees were also issued personal protective equipment before any government mandates were ordered.

“I wanted to be the one to take the lead for the rest of the industry,” White says.

White’s sense of purpose was noticeable at age five, when he started collecting and selling bottles of Coke to help support his family in Georgia. As an Army Ranger, White did two tours in Vietnam; the second abruptly ended with an ankle injury. He was discharged in April 1971.

“I’m one of the lucky ones,” says White, who recovered and eventually enrolled at Georgia Tech University on the G.I. Bill. He now holds a BS in civil engineering, an MBA, and a doctorate in psychology and organizational behavior.

His career, which began as a turnaround specialist, spans five decades and dozens of countries: White bought and sold 22 companies operating in 44 nations, generating more than $1.8 billion. He rose through the ranks at Ingersoll Rand Equipment Corp. and, working with Orville Freeman, the Secretary of Agriculture in the Kennedy Administration, led trade missions to Thailand, Sri Lanka, and Haiti. As chief executive of Blount World Trade Corp. he oversaw all international trade.

At 65, he wrote his first book, “What’s My Purpose? A Journey of Personal and Professional Growth,” which became an international best seller. White’s fourth book launched March 31, 2020. 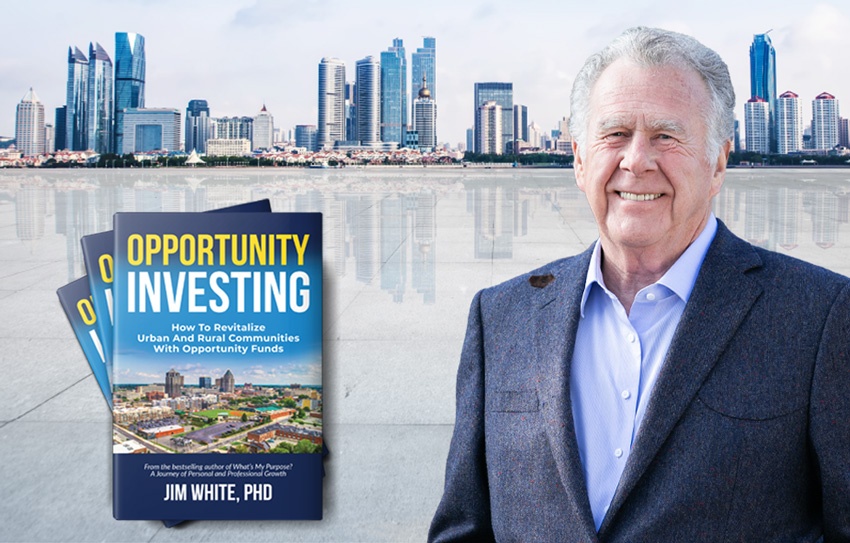 The book can be purchased HERE

Opportunity Investing: How to Revitalize Urban and Rural Communities with Opportunity Funds is a step-by-step guide to investing in opportunity zones and a heartfelt rallying cry to investors who have the ability to positively impact millions of lives… while making big money themselves.

A fifth book will release this summer. 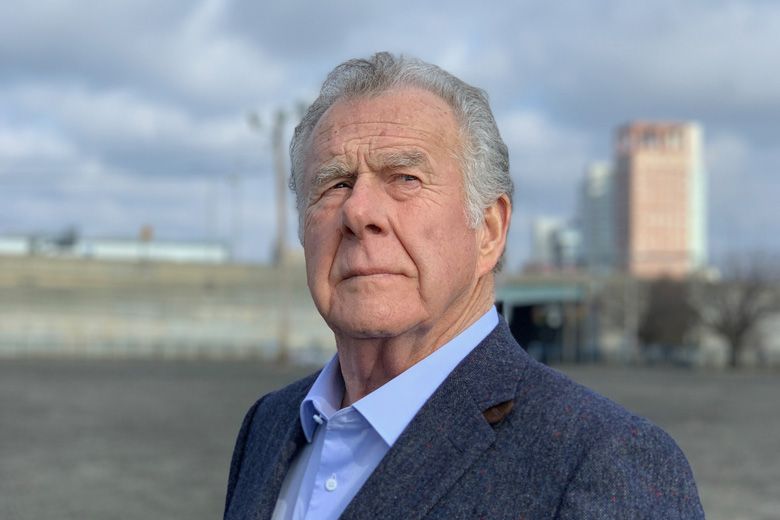 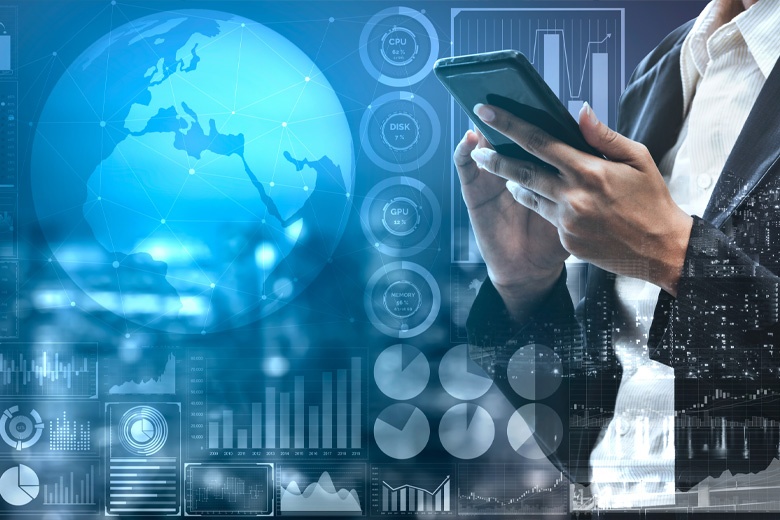 Top Investment Opportunity: Where to invest in 2020 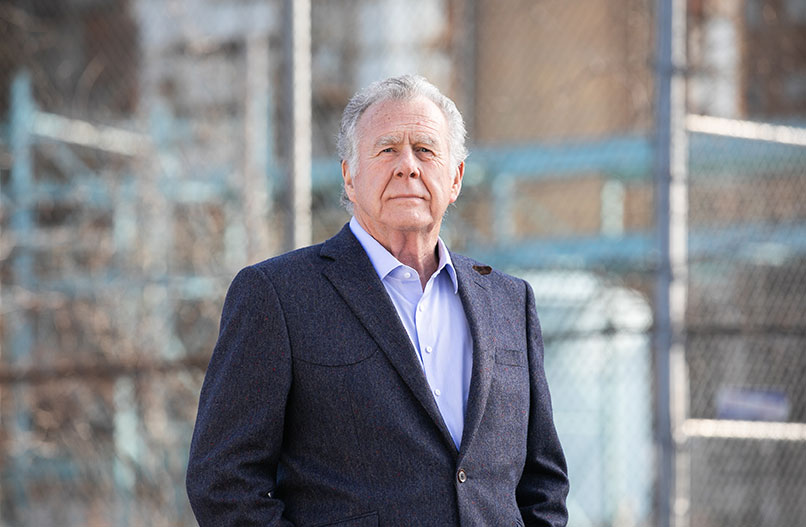 Leadership in Times of Crisis 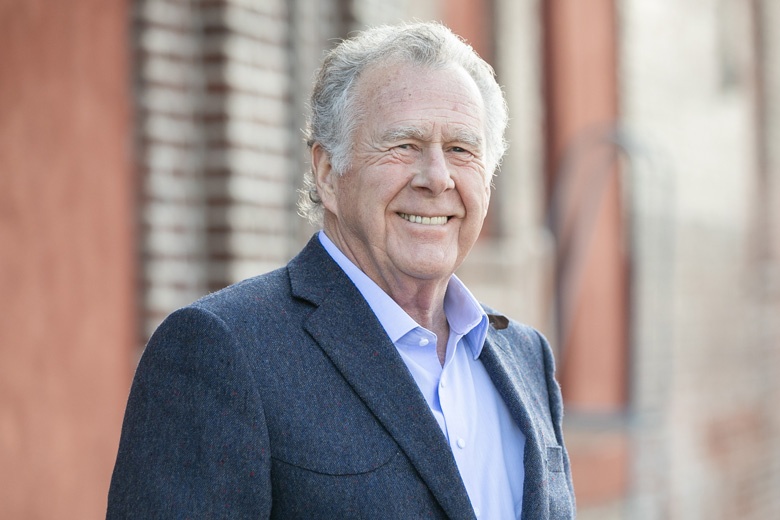 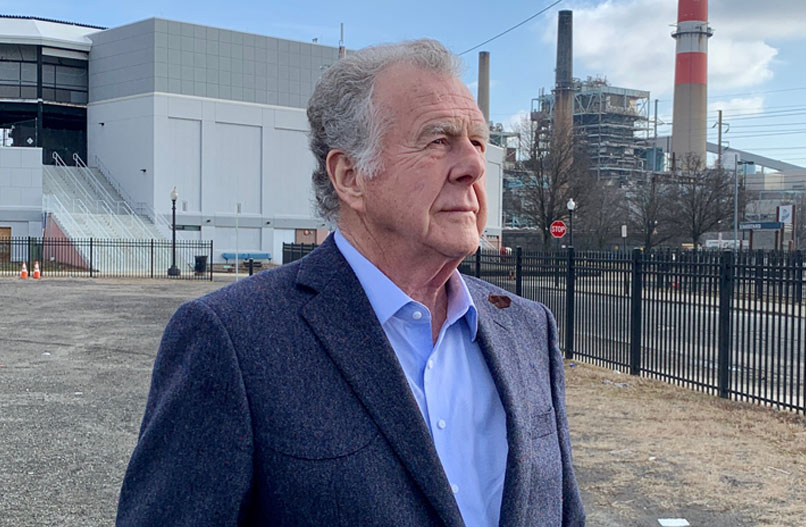 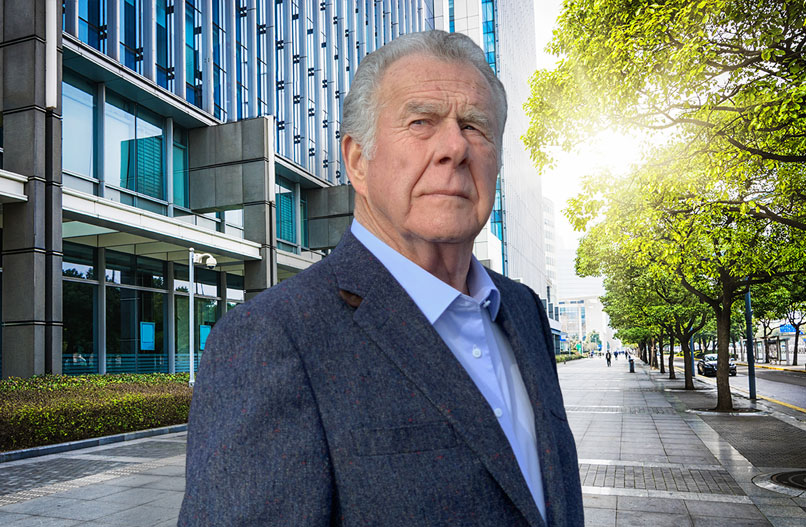 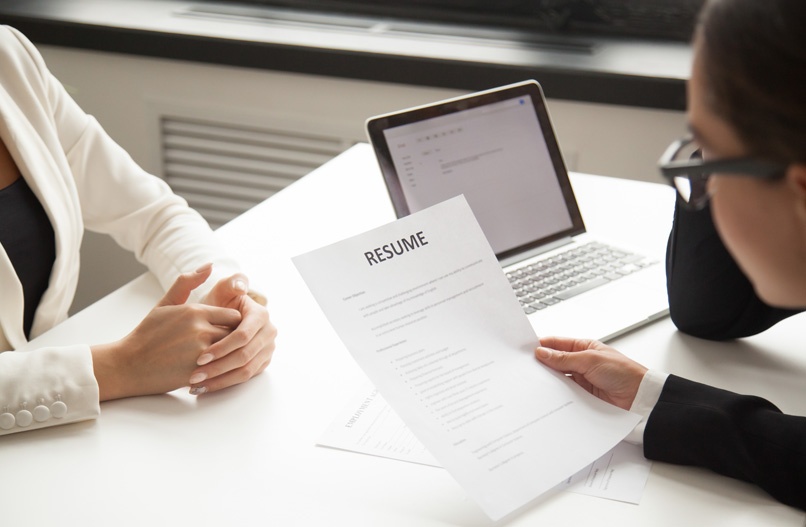 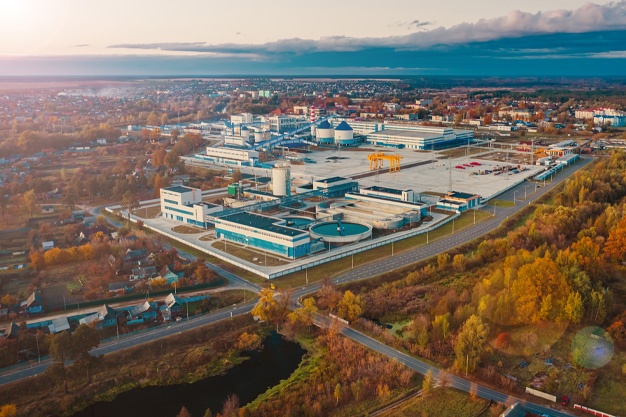 Opportunities in Our Own Backyard

Investing in Qualified Opportunity Zones during and post COVID-19 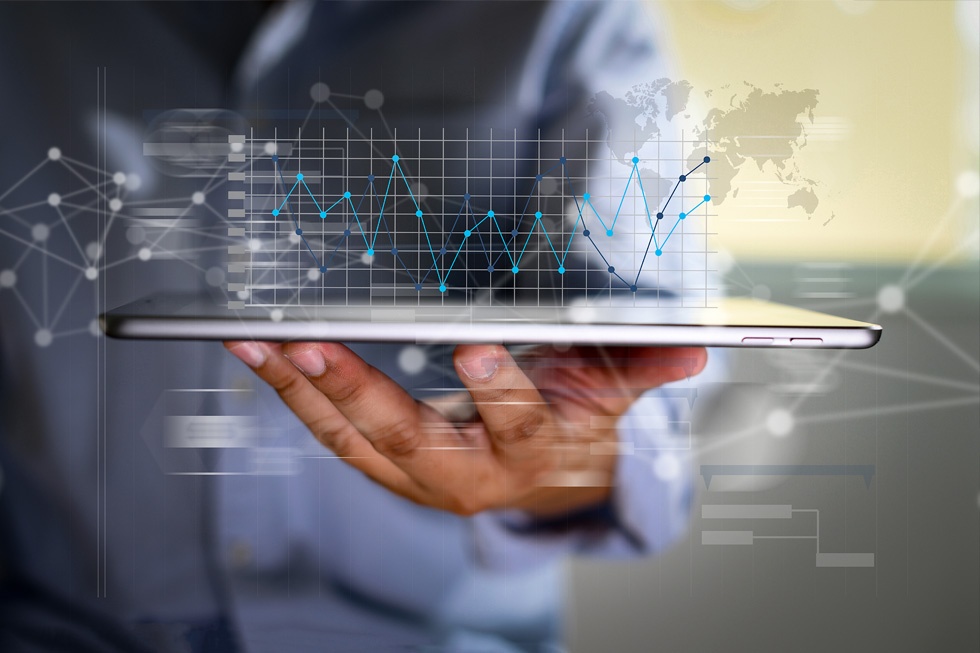 How Opportunity Zones Could Help Restore the Economy After COVID-19